I grew up as the daughter of an award winning chef. As a child I served as my father’s human guinea pig, experimenting in culinary hybrids that he would use at home to develop new recipes at the restaurants where he worked. In other words, I know good food.

I do find it fascinating though how men sometimes teeter between food and sex.  When guys are young, it’s all about the sex, and yes, food is involved, but not at the same ratio.  As men become older, that sliding scale starts to turn toward food where the gratification once found in a moment of passion is now discovered hot and sticky, wafting in the scent of baked goods bliss, melt in your mouth sweetness with a slight saltiness that can make your toes curl coming straight out of a Cinnabon.

But does it constitute cheating?

Can loving something that makes you feel so wrong be right?

…and the answer is yes. 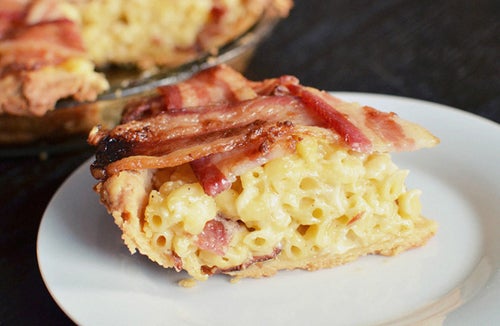 It’s like going to a strip club.  You can look, maybe can touch (depending upon where), but the idea of taking it home or some other private domain is just asking for trouble.  You say it’s just this one time, but is it really?  Can you say “no” after knowing once you’ve said “yes”?

If you keep on doing it, you’ll go blind.

If you keep doing it, you’ll shoot your eye out!

Wait… I think that last one was from a movie…

The point is to share what you’re about to enjoy.  To tempt people and to inspire awe and much salivation.  You draw out the carnal cravings in the viewer.

Why does this sound like you’re allowing someone to watch you?  As if you’re giving them permission to watch a peep show? No, not this peep show.

We understand the appeal.  The smell, the taste, the all encompassing seduction of food done right.  There is a sinful nature in the appeal that allows it to be safe for work, even if it’s not safe for your waist.

And another thing, why do advertisers market towards men, when it’s obvious when you go on pinterest, the majority of their users that post recipes are women!  Granted, I know guys would look ridiculous, but come on!

Head directly to 8:30 to catch the discussion.

So the question has to be asked:

Will a glorious picture like a thanksgiving spread become the next level of indecent exposure?

If so, then give us all a fiddle, stand us next to some awesome barbecue, and call us Nero, because we’re just about to watch Rome burn… will someone pass the barbecue sauce?

(Note: we know it’s not historically accurate, but work with us here!)

Janifer is an award winning singer, performer, blogger and photographer, who loves tech, video games, pop culture, travel and cuisine. She has worked for 2 of the top 3 major record labels and major a cable network.
View all posts by Janifer Cheng →